You are here: Home / Archives for Communications

This is the sixth installment in a series on the sections of our weekly worship service. (See the June – September and November editions of the newsletter for the previous installments.) My intention for this series is to help you better understand not only what we do in our worship service, but also why we do it.

The Sending portion of the liturgy is easily the shortest in terms of time spent, and it might seem to be relatively unimportant. We’ve gathered, heard God’s word, responded in song, prayer, and creed, shared the peace, collected our offering, and experienced Christ present to and for us in Holy Communion – what can be left to do? Doesn’t that cover it all?

Only if there is no connection to what we do in worship and the rest of our lives. But of course there is a connection, and that’s exactly what the Sending portion of the service is all about. Having been reconnected to God through word and sacrament, encouraged and strengthened in faith, fed and forgiven together with our sisters and brothers in Christ, we are now sent out to be Christ’s presence in and for the world, sharing God’s reconciling love with all we encounter in our daily lives.

The first item in the Sending portion of the service each Sunday at Grace is the sending of Communion to those who are not able to be with us – those who are hospitalized, homebound, or in other care facilities. Bread and wine from what was just distributed is put into a communion kit that is taken to them by a lay minister or by me. It’s important to know that this important way of caring for our fellow members is not something that only the pastor can do. Just as we have lay assistants and acolytes who help with the distribution of Communion in our worship space on Sunday mornings, so we have lay assistants who help continue the distribution to those unable to attend.  We are, effectively, extending the table so that all can partake.

Next comes the blessing. As we are sent out, we go with the promise that God goes with us, at work in and through us in our daily vocation. We are not saying goodbye to God until next week. God is going out with us to bless, keep, and empower us for faithful living.

The sending hymn that follows often reflects the significance of our sending, making a connection with our worship and our daily life.

Then come the announcements. If you’ve been at Grace for more than a year or two, you’ll remember that the announcements were not always done here, but rather earlier in the service. But if you think about it, they really fit the theme of what happens in the Sending better than in any other part of the service. As we are being sent back out into the world we are given concrete examples of what “go in peace, serve the Lord” can look like. We are given reminders of service projects, congregational functions, and other items relevant to our community of faith. We try to keep these verbal announcements short and to get most things the congregation needs to know into the written announcements in GraceNotes. Like the people of Israel eating the first Passover meal, we do this standing, ready to march!

And then we get sent out the door with the words, “Go in peace!” And so our worship continues throughout the coming week in all that we do.

This is the fifth installment in a series on the sections of our weekly worship service. (See the June – September Pastor’s Corner for the previous installments.) My intention for this series is to help you better understand not only what we do in our worship service, but also why we do it.

I finished last time with the Eucharistic Prayer, but I did not say much about the prayer itself. So a few words about that before I move on to the distribution. In the earliest church it seems that the presider improvised a prayer of thanksgiving on the spot. One writing from the second century says that the presider prays this prayer “according to his ability,” which indicates that some were better at this than others! By the fourth century a standard pattern had evolved, which began with remembering with thanksgiving all of God’s saving deeds throughout history. It continued with the words of institution, specifically remembering the last supper and Jesus words there. These words are taken from 1 Corinthians 11:23-26. This is then followed, historically, by offering the bread and wine as a sacrifice to God, a calling down of the Holy Spirit into the elements, intercession on behalf of those who will receive the sacrament, and finally a doxology praising the triune God.

The Eucharistic prayer is followed immediately by the Lord’s Prayer, and then by an invitation to the table. (“The gifts of God for the people of God.”) You will have noticed that the distribution of Communion is done in two different ways at Grace. The early service uses continuous communion while the late services uses “tables,” where those who commune come up to the altar rail. Neither way is better, or more correct, though the “tables” practice has a long history in the Lutheran church. What is important is that the sacrament is offered “in both kinds,” and that the words, “the body/blood of Christ for you” are said to each person. What is meant by “both kinds” is that both the bread and wine are distributed to all who commune. This may seem unnecessary to mention, until you realize that at the time of the Reformation the normal practice in the western church was to give lay people only the bread. And if you have ever attended a service at a Roman Catholic church, you may have seen that this practice still continues in some parishes, even though the 2nd Vatican Council in the 1960s encouraged distribution in both kinds. This is one of the reforms that Luther advocated, following the lead of the 15th century Czech reformer, Jan Hus.

Most important for Luther, though, were the words, “the body/blood of Christ,” and “for you.” Let me explain. One of the key historical differences between Lutherans and other Protestant groups that separated from the Roman Catholic Church at the time of the Reformation has been in their respective understandings of the nature of Holy Communion. Most Protestants have understood the bread and wine to be merely symbols of Christ’s body and blood, and believe the main thing we’re doing in Communion to be remembering Jesus’ sacrifice on our behalf. Luther, however, insisted that the bread and wine in this sacrament are truly (literally!) the body and blood of Christ. This is something Luther did not want to change. What he objected to in the Roman Catholic doctrine of Transubstantiation, which was only 300 years old in Luther’s day, was its dependence upon ancient pagan philosophy in its explanation of how the bread and wine were Christ’s body and blood. Luther thought they tried to say too much. He preferred to say that Christ’s body and blood were present “in, with, and under” the elements of bread and wine. But, importantly, truly present! This makes Holy Communion, for Lutherans, a significant and very personal instance of the gospel promises. To each person is proclaimed the good news that Christ is here for you – unconditionally, “believe it or not,”1 for you and for your salvation, to forgive you, reconcile you with God, and give you life that really is life. And because we do this in community, we hear those same words said to the people next to us, or in front of and behind us in the case of continuous Communion. We are in this together.

Where will such marvelous good news lead us? Stay tuned next month for a consideration of the Sending portion of the liturgy. 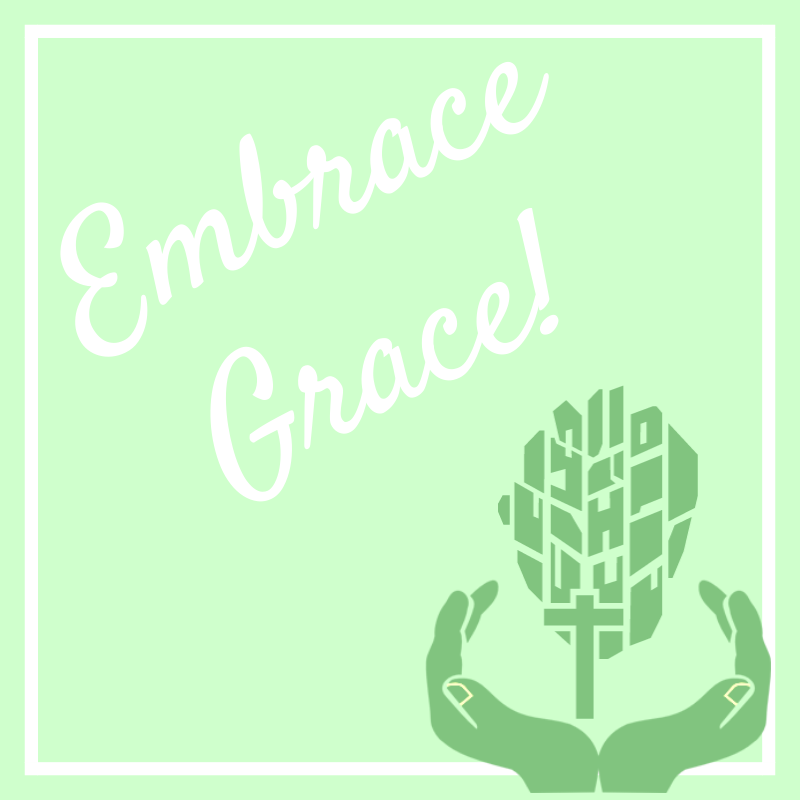 It’s not too late to Embrace Grace!  If you haven’t filled out the new Gifts and Interests Form, you can fill one out online.   You can access the Google form at:

Hard copies are available in the Narthex.

We want to help connect you with activities at church that would interest you as you share your time and talents.

It’s not too late to support our Team for this year’s Crop Walk, which is coming up this Sunday (10/14) .  Donations may be made to the Team page.

Jon Arnold will lead an adult Sunday School class on the Sundays in October leading up to Reformation. The sessions will explore the hymns of the Lutheran tradition from the beginnings of the Reformation to present day. The class which will include lots of singing and discussion will meet in the Sanctuary. We hope you’ll join us!

We are still distributing via drive-through pick-up only.  We realize it’s not perfect in that our clients are unable to make the many choices that were available to them pre-pandemic. We are still pre-boxing foods and placing them on a table outdoors for pick-up.  We will continue to assess the situation, but we are committed to being cautious given the current uptick in Covid cases in our area.

We appreciate your contributions and your prayers on behalf of the work we do together.

PLEASE DO NOT BRING EGG CARTONS AND PLASTIC BAGS AT THIS TIME.  WE HAVE AN OVERSUPPLY OF THESE ITEMS.  WE WILL ASK FOR THEM WHEN WE NEED THEM.  THANK YOU. 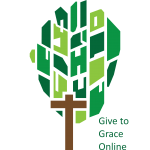